Poseidon is the mythological Greek god of the sea, earthquakes, storms, and horses. He is widely considered one of the worst-tempered and greedy Olympian gods. He becomes vengeful when challenged and his rage is evident when the player is doing well. In response to this, the volcano in the background can be seen bubbling and simmering as lightning strikes and coins shower over the reels. The overall appearance of the game is astonishing with impeccable aesthetics. False perspective is used on both the reels and the underwater temple with its Greek ornamentation. The background offers an underwater scene of the ruins of Atlantis that can be viewed on each reel spin and during the Rolling Reels™ feature. In Free Spins, Poseidon can be found on his palace throne, welcoming the player to his kingdom. The soundtrack is another of the highlights as it captures the game’s atmosphere with its layered sound effects and escalation that lingers with big wins. 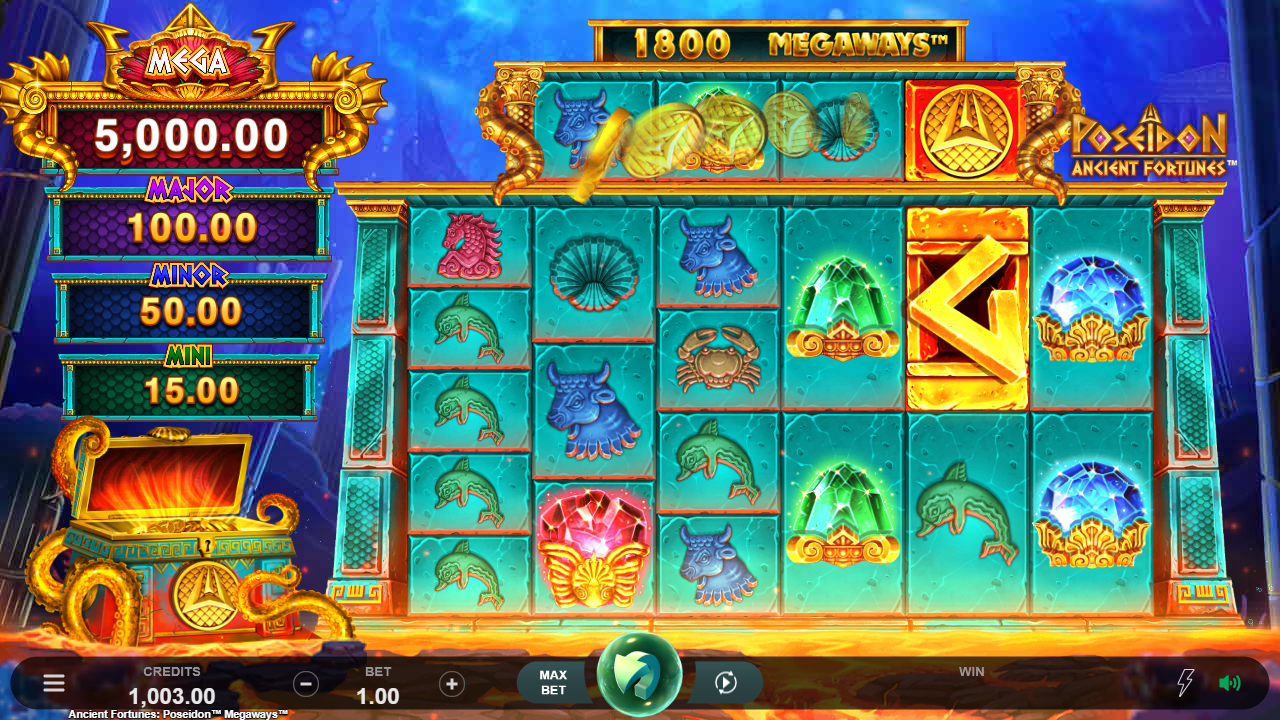 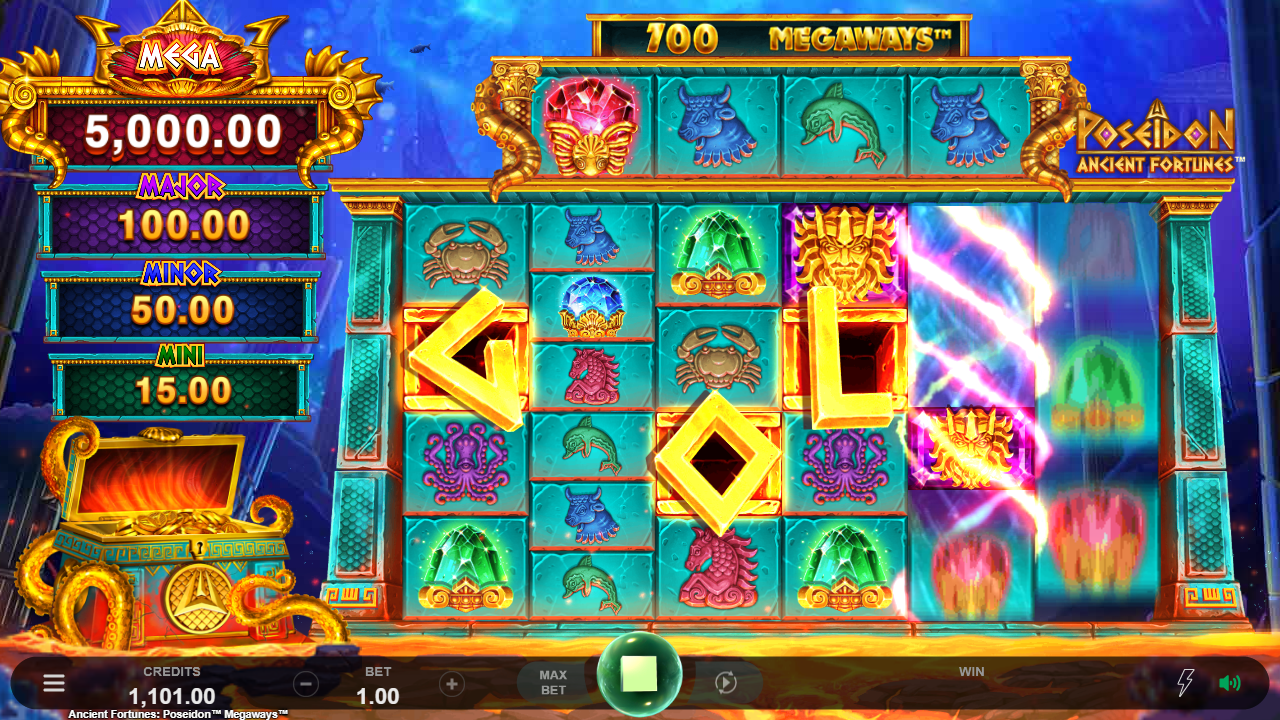 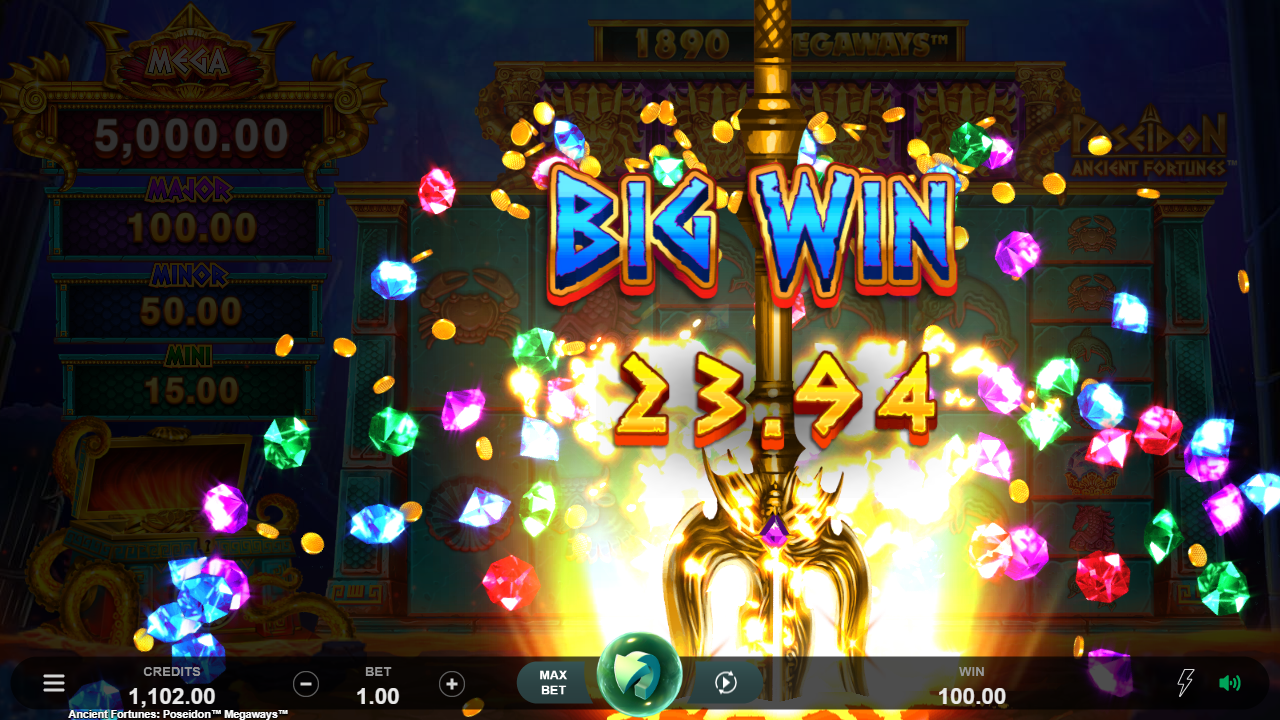 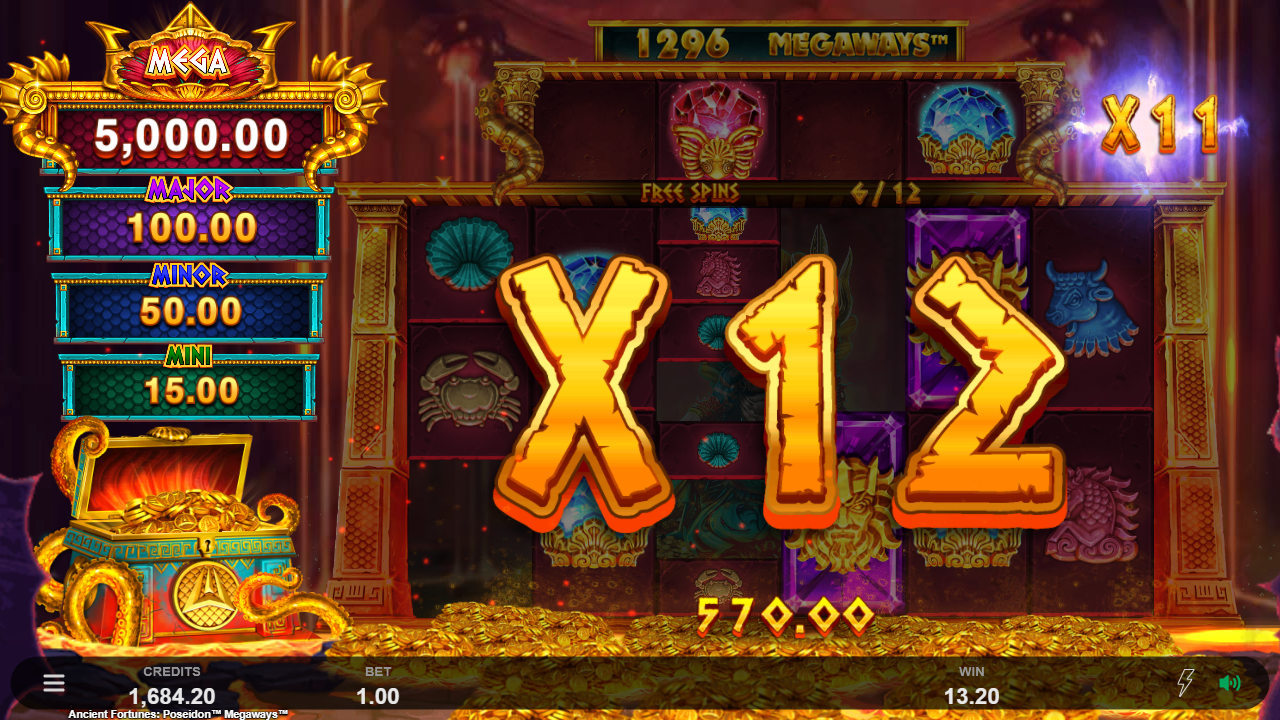 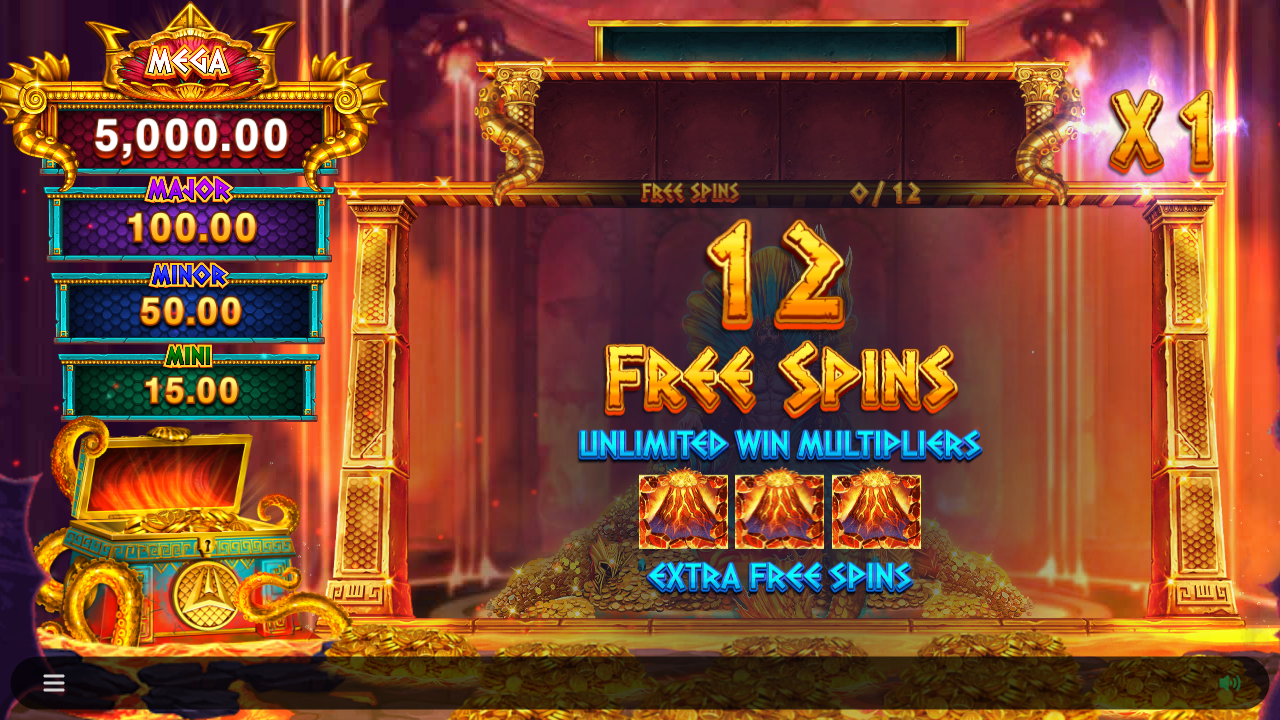 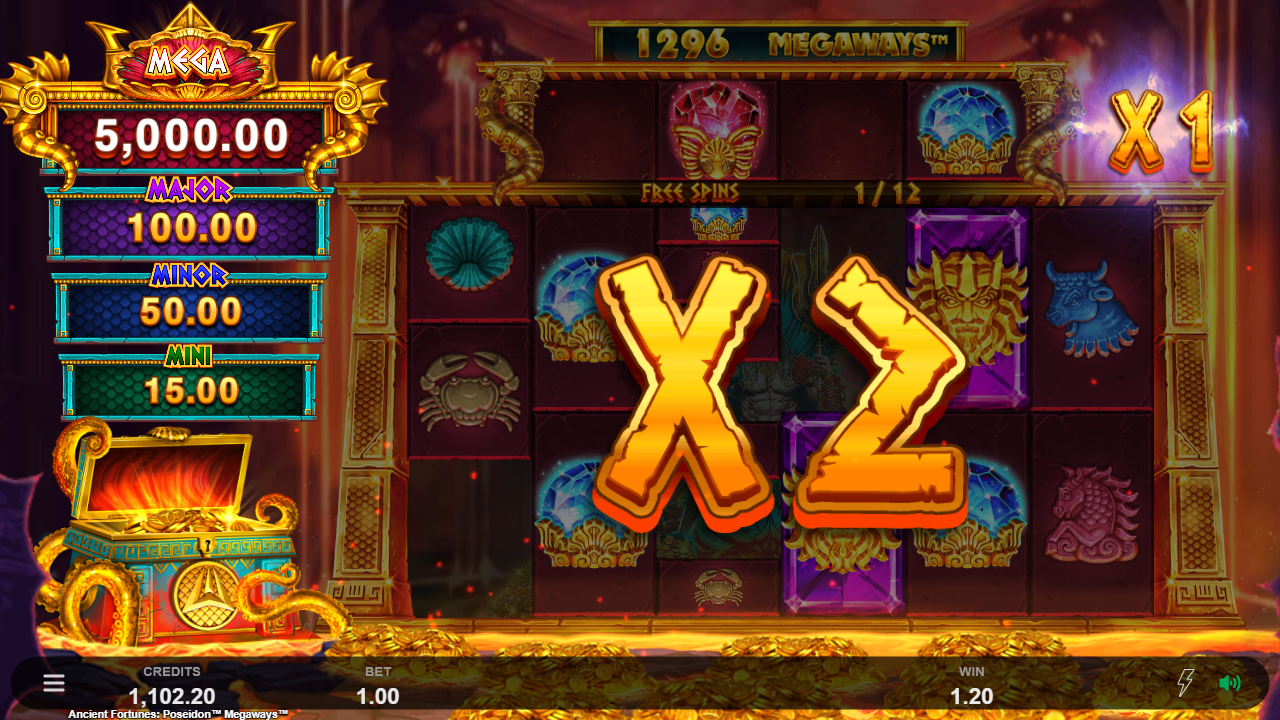 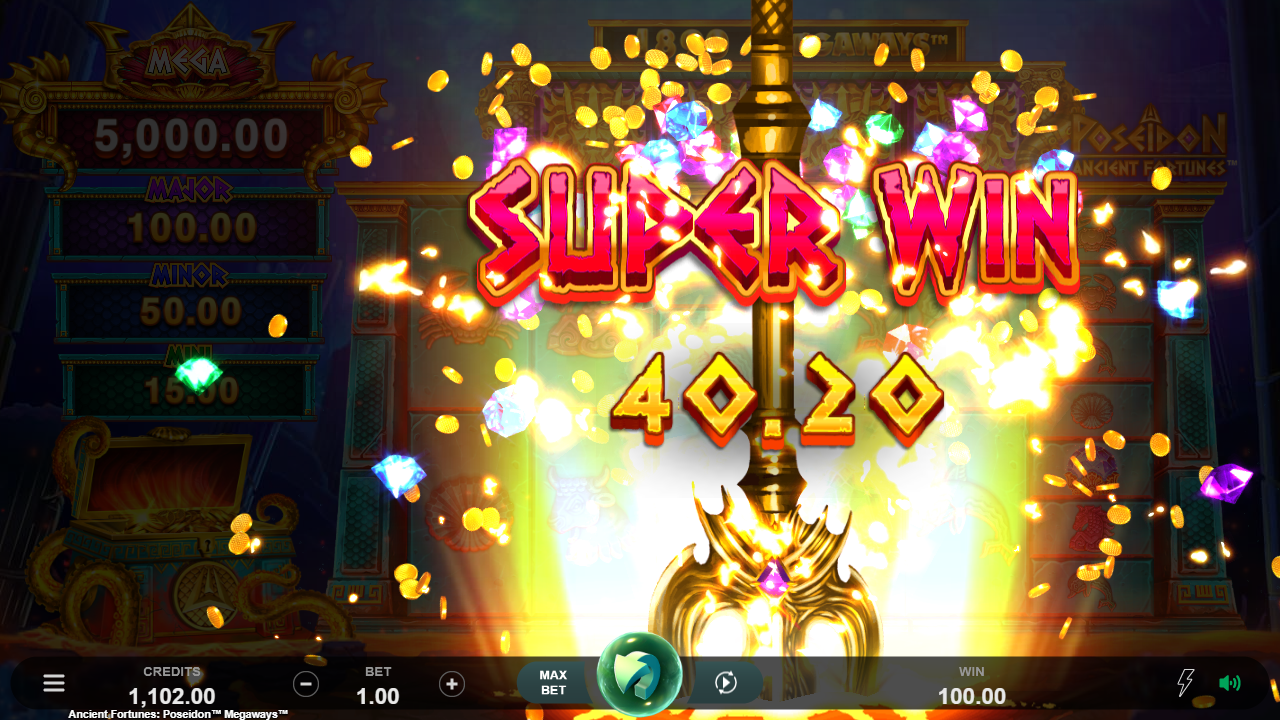 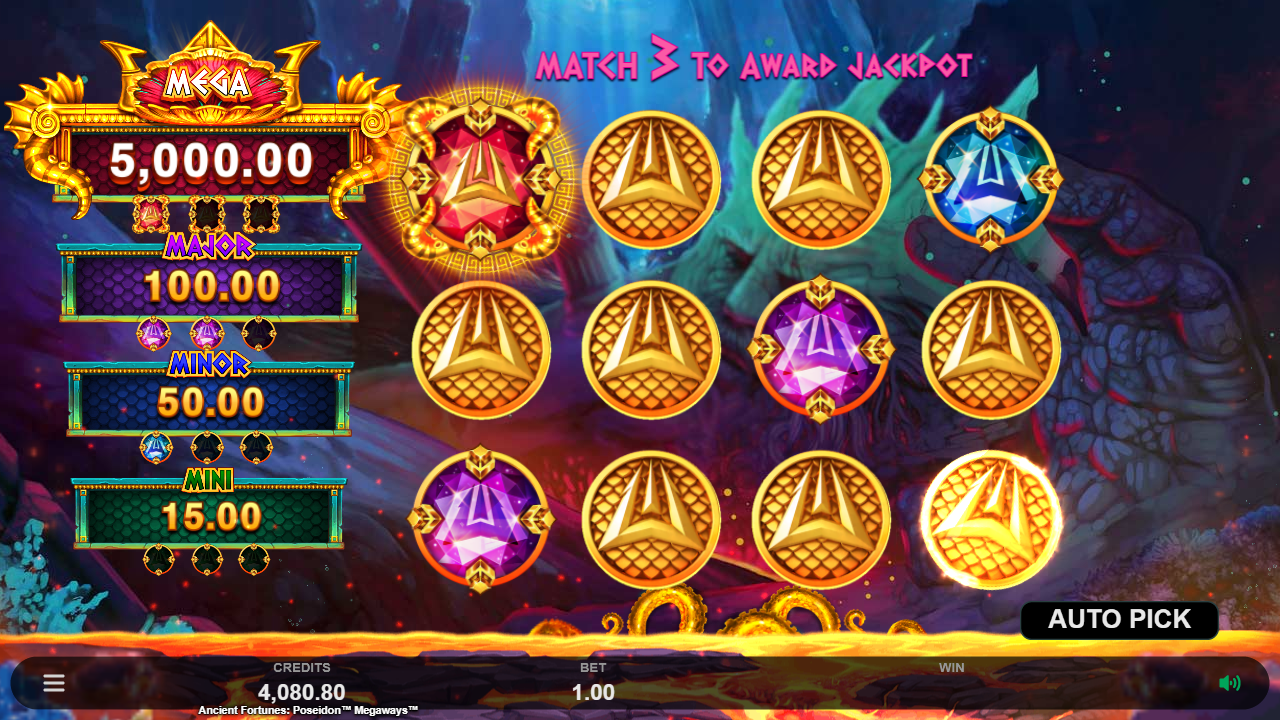 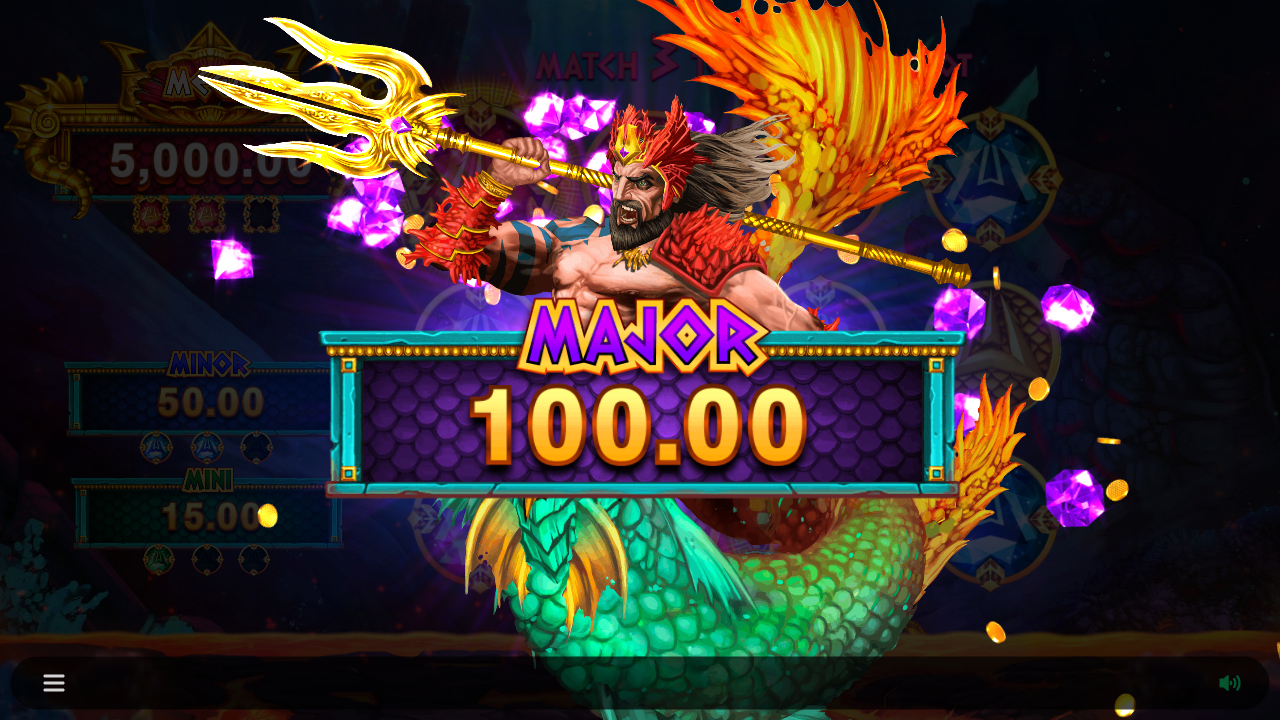 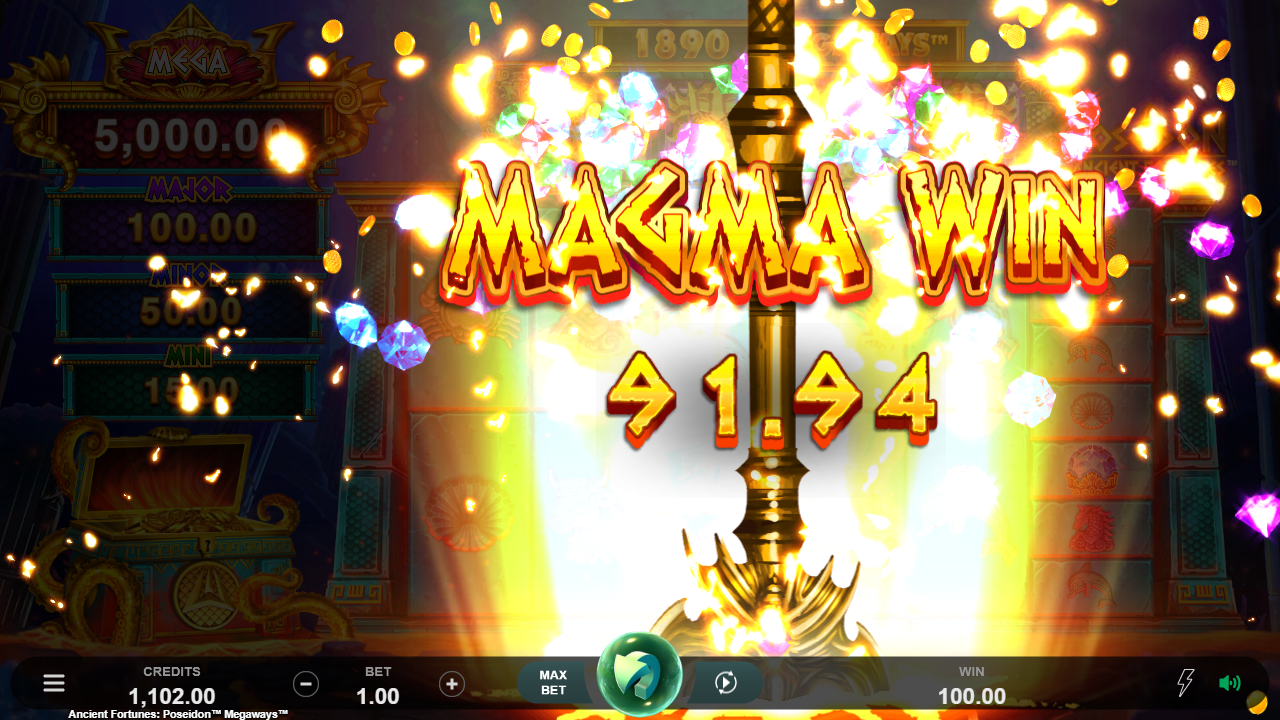